This year's Anderson Corvette Association event was held on the hottest day of 2015 so far but well attended with 15 Corvettes and 2 metal cars making their way out of Sam Pierce Chevrolet in three minute increments after the 2:30 start. The in order driving instructions, 37 clues and 1 check point route took everyone through the countryside from Daleville to the air conditioned Fireman's Lodge in Anderson ending spot. The route was tough but fair with many pushing the 2 hour limit before loosing a point per minute for running over the time frame. Once in the hall the tie breaker question was how many works can be made out of the letters in CORVETTE. It turns out that there are 73 ,but the highest number of correct submitted was 27, without the "U" that is not in Corvette. It was a fun afternoon and a GREAT meal afterwards supplied by the ACA club members. After the meal the awards were handed out and door prizes drawn. The young boy in the picture is Tim Harless's 3 year old great grandson who drew out the tickets for everyone. Another great event that was followed by the 7 autocross events on Sunday for a busy ACA weekend. 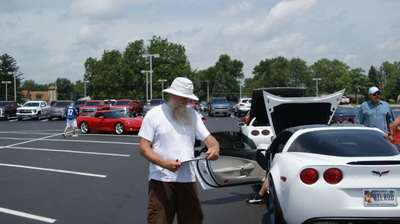 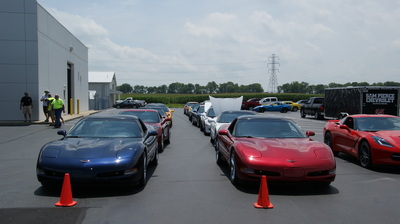 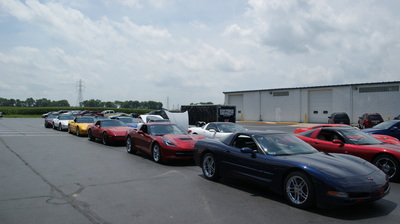 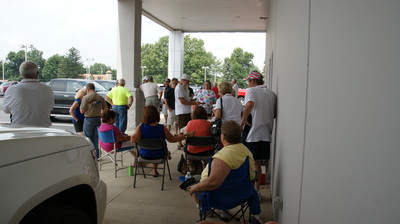 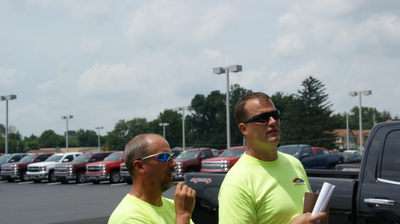 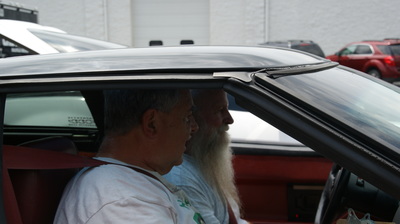 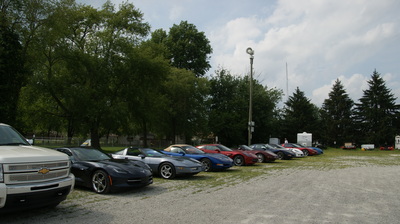 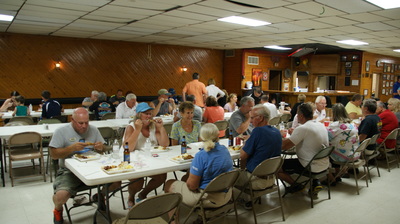 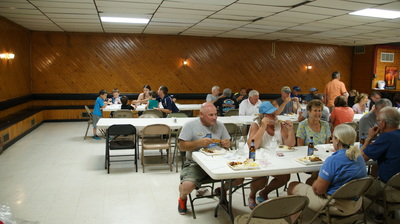 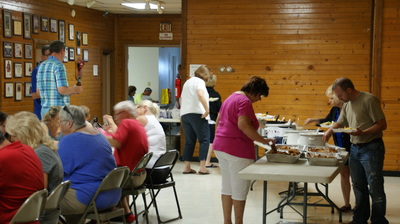 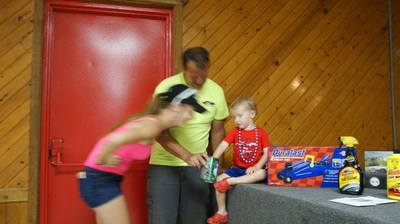