Over the weekend of September 6 - 8 there were Corvettes from multiple clubs in the Pigeon Forge and Gatlinburg TN area enjoying the Smokey Mountains and the Rod Run held in Pigeon Forge. Members from Elkhart Vette Set, Corvette Indy Corvette Club, and Circle City Corvette Club were there enjoying the sights and the roads of the area. This is a beautiful section of the country and is certainly meant for driving Corvettes in a lively manner. The members from Corvette Indy & Circle City had started out on Wednesday with seven couples and taken a side trip to Asheville NC before getting to Gatlinburg..Thanks to Stan Delagrange governor of the Elkhart club for the pictures below and the following writeup: Three couples from The Elkhart Vette Set journeyed down to The Rod Run in Pigeon Forge TN. John and Linda Drummond have a beautiful cabin on the side of a mountain, that sleeps twelve people. They invited members of our club to stay with them. It was great! Some of the first pictures are from The Tail of the Dragon which starts in Robbinsville North Carolina and crosses the line into Tennessee. Then the trip to Gatlinburg, and finally the street rods in Pigeon Forge. 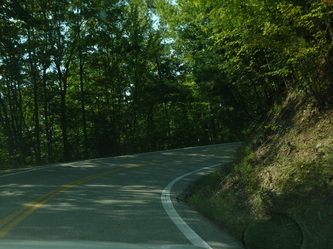 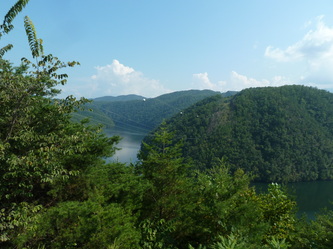 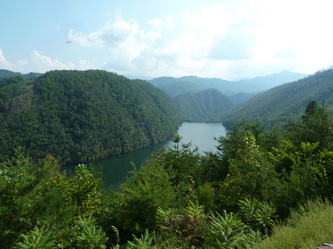 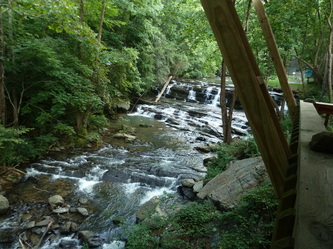 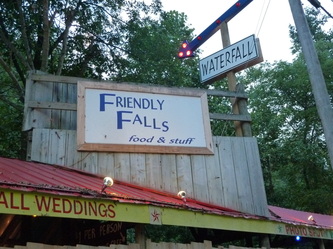 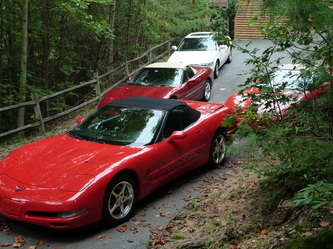 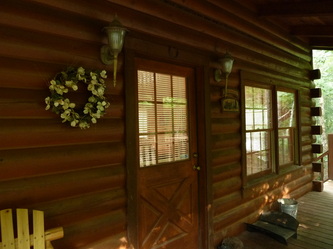 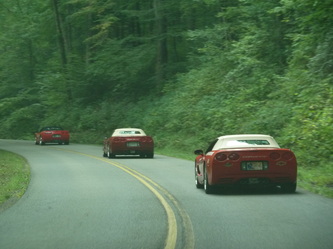 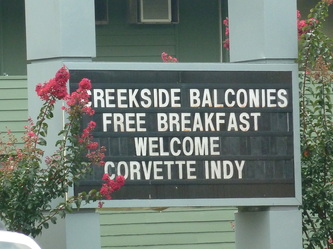 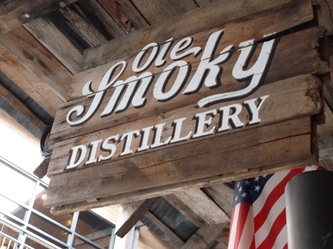 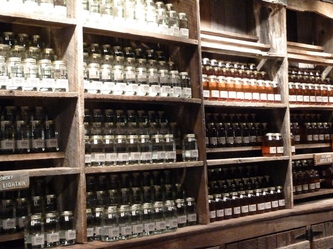 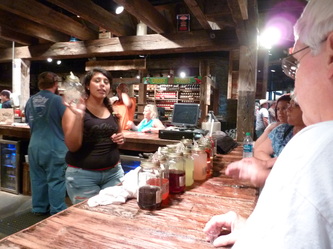 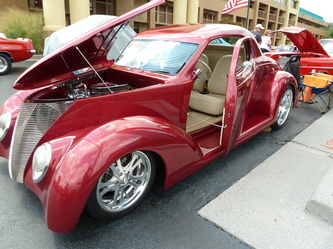 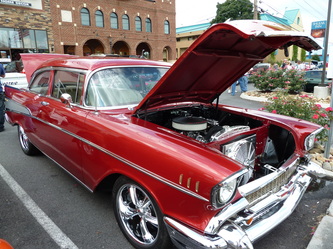 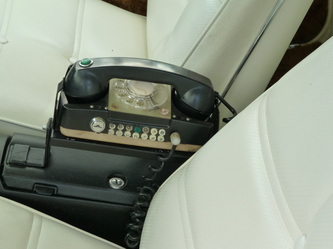 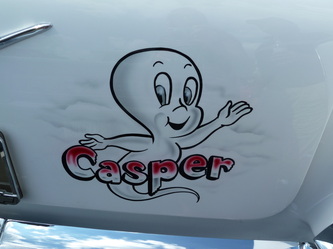 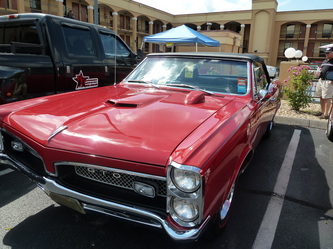 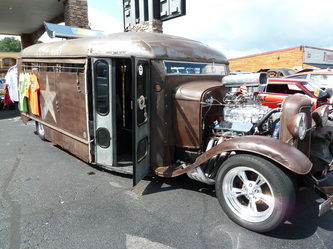 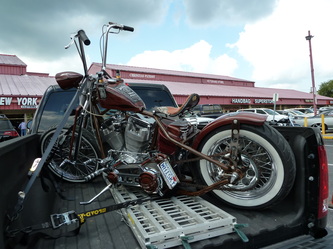 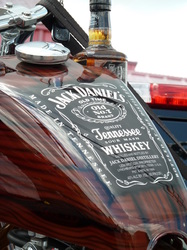